In his Principia philosophiae (‘The Principles of Philosophy’, 1644), Descartes developed a vortex theory of planetary motion, by which he tried to understand the orbits of luminary and celestial phenomenons. This cartesian cosmology was illustrated by a map (illustration below) showing the vortex as a circling band containing luminary. Our solar system and the entire universe consist of a network of interlocking vortices, which are subject to gravitational and centrifugal powers.

In 1907, Georgy Voronoï used Gauss and Dirichlet observations (linking vortex theory to the quadratic forms) to create a method of statistic representation. Voronoï diagrams or Voronoï tessellations, which deals with networks of points, are fundamental in algorithmic geometry, that is to say processed by computers.

Raven Kwok, Skyline, 2015.
« Skyline is a code-based generative music video I directed and programmed for the track Skyline by Karma Fields. The entire music video consists of multiple stages that are programmed and generated using Processing. »
Sources : http://ravenkwok.com/skyline/
or https://vimeo.com/139977231 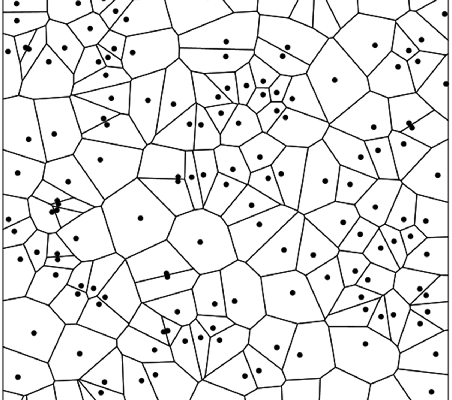 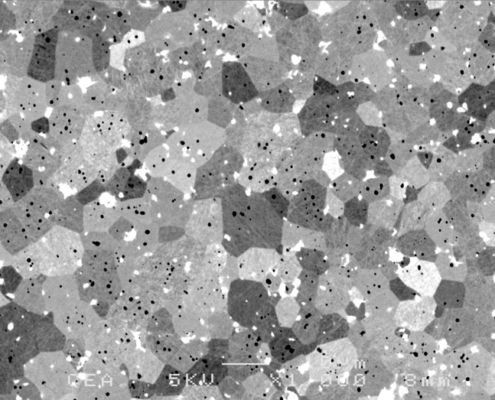 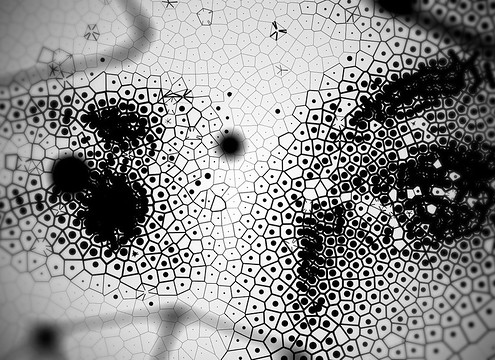 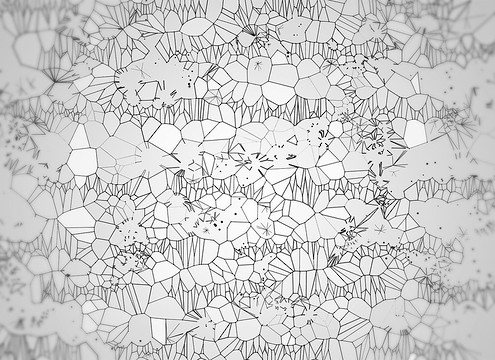 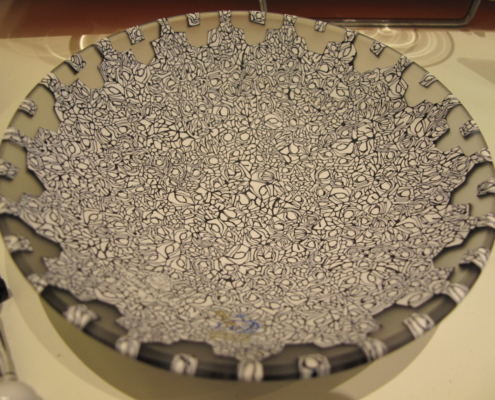 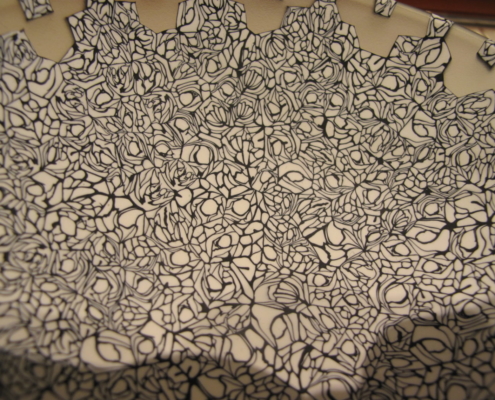 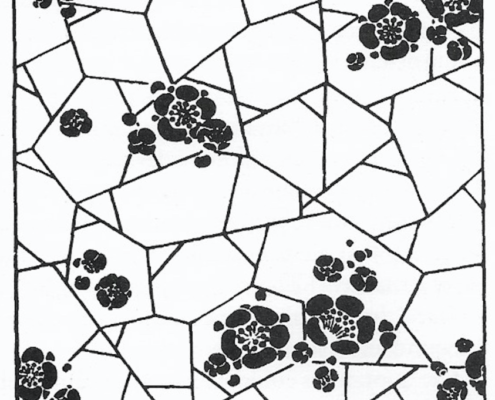